Malappuram . Ten days from today, Chamravattom village, in Triprangode panchayat of Kerala's Malappuram district, will stake a unique claim to fame: the scenic hamlet on the banks of the Bharathapuzha, is slated to become the nation's first 100 per cent computer-literate village. On that day, at least one member of every family in the village — there are 850 families — will have completed basic computer literacy training. He or she can now handle a personal computer, create and edit pictures, compose text using a specially-designed Malayalam language tool, surf the Internet, send email and make Internet telephony voice calls.

They have been learning these skills at the local ``Akshaya'' centre, a one-room facility equipped with five PCs, a server and a printer with a dial-up Internet connection. The exact day when Chamravattom completes its self-appointed task can be predicted with accuracy because for two months now, villagers have been keeping the centre busy with nine or ten 90-minute teaching shifts everyday, Sunday included. Every slot is booked in advance. Housewives take the afternoon slots. The men come late in the evening. And every one of them will complete 10 lessons each, using a specially-developed interactive CD-based tutor, attractively packaged with a Malayalam commentary, animated games to help illustrate the concept of tools such as mouse, keyboard and a microphone-headphone combo. After they have completed the 15 hours of instruction, the learners take an online test. And when they answer all questions correctly, the screen flashes the message they have waited to read: ``Congratulations: you have attained computer-saksharatha!''

Chamravattom is only the first success story in one of the most innovative literacy campaigns carried out in this country. Four other clusters of villages are already vying for the honour of being declared the country's first computer-literate panchayat. Will it be Marakara, or Chelembra, Kootilangadi or Mampad? Competition is intense and sometimes Akshaya centres stay open after midnight to enable day-time workers to complete their lessons. The Padinjattumuri centre in Kootilangadi panchayat, has started a special late-night session exclusively for autorickshaw drivers who ply their vehicles all day — and learn computers at night.

All this activity is at present restricted to one district — Malappuram — where the State's computer-literacy campaign is being tried out. Indeed this was one literacy campaign inspired by the very people it is set up to serve. Exactly a year ago, the Malappuram District Panchayat approached the State Government for release of funds under the People's Planning initiative: "We want to lease 7000 computers so that every panchayat in the district will have access to computer technology," they said. After bouncing the proposal between departments for some weeks, the Government asked the State Information Technology Mission to help. The result was the Akshaya programme.

The chronically cash-strapped State could ill afford grandiose schemes — no matter how worthy. The Malappuram District Panchayat decided to involve budding entrepreneurs and created an attractive proposition: set up an Akshaya centre — one for every 1000 of the district's approximately 6.5 lakh families. No centre would be more than a kilometre or two away from anyone's home. Every centre would have a minimum of 5 PCs and would impart the 10-lesson, 15-hour training package charging the individual just Rs. 2 per lesson, that's Rs. 20 for the course.

But for every citizen trained, the panchayat would release Rs. 120 to the Akshaya Centre. To enable young entrepreneurs to come forward, the IT Mission persuaded some leading banks in the district — the State Bank of Travancore, Canara Bank, the South Malabar Grameen Bank and the Malabar District Cooperative Bank — to advance loans of Rs. 1.5 lakhs to Rs. 2 lakhs. Since a minimum of Rs 1.2 lakhs would be payable to every centre by way of panchayat subsidy, the banks were not taking too much of a risk.

The IT Mission also organised a special Computer Show in the district, where prospective Akshaya Centre operators could see the hardware and obtain good deals. They represented such a big customer base that hundreds of PC makers turned up. Interestingly, over 80 per cent of the orders were won by Kerala-based assemblers from the small sector — indirectly boosting the local PC industry.

Today, across the breadth of this hilly district, long dubbed `backward', you cannot drive more than a few kilometres without finding a brand new blue board which says ``Akshaya e-service centre''. Incredibly, the core team behind Akshaya is just 20-strong. They include the coordinator, M.S. Vinod, who has moved from the State capital to Malappuram town a year ago — and has been too busy to return. The District Programming Officer, Anvar Sadath, himself the author of two popular computer texts in Malayalam, is now coordinating the release of Phase Two software tools — so that the centre can offer new courses after the basic literacy target is met. "By November we are confident that Malappuram's target of 6.5 lakh computer literate families will be met," says the Mission Coordinator, Geeta Pious. Work is going apace to extend the Malappuram experiment State-wide: From January, it will be replicated in all other districts over a two-year time frame. The task is exactly 10 times the size of the prototype — since the State has about 65 lakh households.

Till date the State has spent just Rs. 150 lakhs on the programme — mainly to support the small core team and partner agencies such as the Centre for Development of Information Technology (CDIT) and Keltron which have assisted in creating software tools.

The real money has come from the decentralised panchayat funding. When all the costs are totted up, it may emerge as one of the most cost-effective learning experiments anywhere — with a State's people empowering themselves at the cost of about Rs. 100 for every family, paid out of their own tax payments.

Christianity…. One Christ, One Bible Religion…

You know the Latin Catholic will not enter Syrian Catholic Church.

These two will not enter Marthoma Church.

These three will not enter Pentecost Church.

These four will not enter Salvation Army Church.

These five will not enter Seventh Day Adventist Church.

These six will not enter Orthodox Church.

These seven will not enter Jacobite church.

Like this there are 146 castes in Kerala alone for Christianity,

each will never share their churches for fellow Christians..!

Now Muslims..! One Allah, One Quran, One Nebi....! Great unity!
Among Muslims, Shia and Sunni kill each other in all the Muslim countries.

The religious riot in most Muslim countries is always between these two sects.

The Shia will not go to Sunni Mosque.

These two will not go to Ahamadiya Mosque.

These three will not go to Sufi Mosque.

These four will not go to Mujahiddin mosque.

Like this it appears there are 13 castes in Muslims.
Killing / bombing/conquering/ massacring/. .. each other !

The American attack to the Muslim land of Iraq is fully supported by all the Muslim countries surrounding Iraq!

One Allah, One Quran, One Nebi....! Great unity !
All Muslims are not Terrorists, but all Terrorists are Muslims. 60% of all victims of Muslim terrorism are Muslims.
Hindus - 1,280 Religious Books, 10,000 Commentaries,
more than one lakh sub-commentaries for these foundation books, 330 million gods, variety of Aacharas, thousands of Rishies, hundreds of languages...

still everyone goes to the SAME TEMPLE ...

whether unity is for Hindus or in others…?
Hindus never quarreled each other for the last ten thousand years in the name of religion. Only Politicians had tried to divide and rule… Keep Religion out of Politics and India will be the most peaceful place on earth.
Proud to be a HINDU? Thank God! I am a Hindu!
at रविवार, जनवरी 11, 2009 1 टिप्पणी: Links to this post 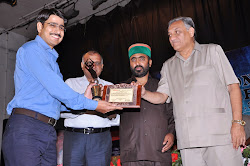 Read in your own script